Targeted iOS Spyware: What you need to know to protect your organization from Pegasus and Trident

In 2016, The New York Times, Wall Street Journal, Washington Post and many other media outlets covered Lookout and Citizen Lab's striking find: the most sophisticated, targeted, and persistent mobile attack ever found on iOS. On July 18, 2021, The Washington Post and 16 other media outlets reported that Pegasus was used on countless business executives, human rights activists, journalists, academics and government officials.

This discovery is further proof that mobile platforms are fertile ground for gathering sensitive information from target victims, and well-resourced threat actors are regularly exploiting that mobile environment.

From the Lookout Blog

Protect Yourself from Powerful Pegasus Spyware

First uncovered by Lookout and Citizen Lab in 2016, the highly advanced mobile spyware Pegasus was recently confirmed to have been used on business executives, human rights activists, journalists, academics and government officials.

The five things CISOs and CIOs should do now

With just a single tap the Pegasus attack has the capability to cause catastrophic data loss to a targeted individual or organization, completely compromising all communications from a smartphone — including data from end-to-end encrypted applications. CISOs and CIOs should read this post to learn the top five things to do now.

MDMs can only detect known jailbreak techniques. Pegasus used advanced exploits of zero-day vulnerabilities to jailbreak the device. Now that these advanced techniques are publicly known, we have not observed any MDM technology that is currently able to detect them.

Encryption and VPNs are excellent tools that protect sensitive data in most situations. However, Pegasus has kernel level access to the device. This means the spyware sits in the path of all data, and uses “function hooking” to alter the legitimate app itself and intercept the decrypted communications.

Everything is hackable, especially your cellphone, as Sharyn Alfonsi finds out

This malware sold to governments could help them spy on iPhones, researchers say

What You Need to Know about Trident & Pegasus

Get a quick overview and answers to the most frequently asked questions about the Pegasus spyware and Trident vulnerabilities from the Executive Four-Minute Read document below, ideal for CEOs and business executives.

CISOs, CIOs, and Security Researchers should get a copy of the Technical Analysis of Pegasus Spyware, the most in-depth information available on this unprecedented attack, from the only security company with samples of Pegasus. 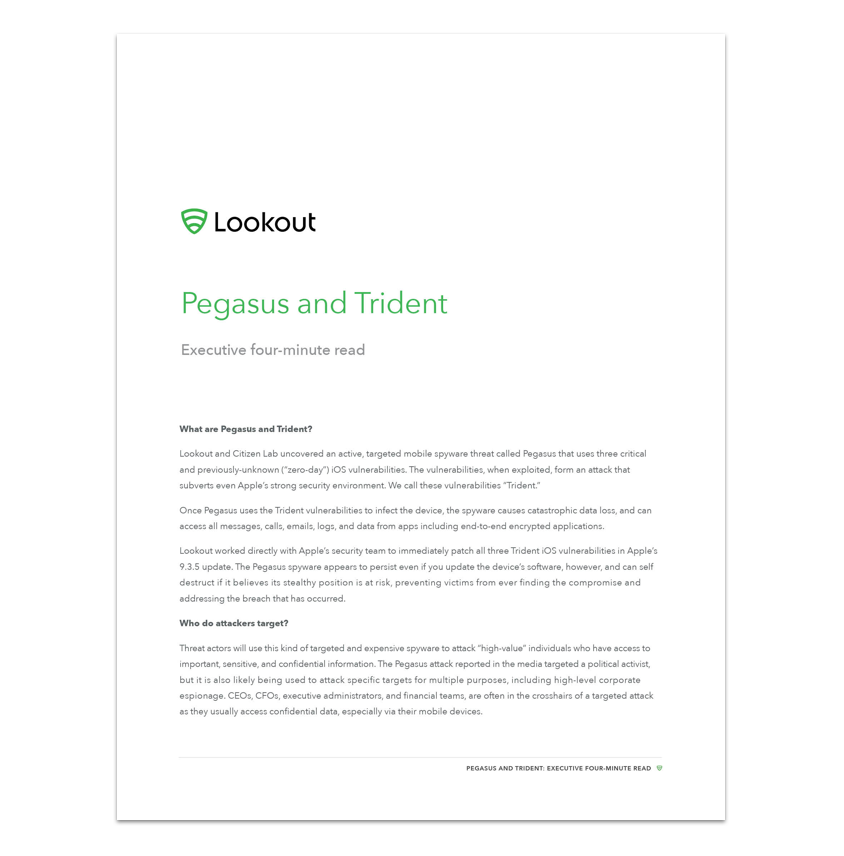 Spend four minutes reading this executive brief for a complete overview of the Pegasus spyware attack on iOS, including answers to the most commonly asked questions, a summary of the media response, and unique perspective from Lookout.

Get the executive brief arrow_forward 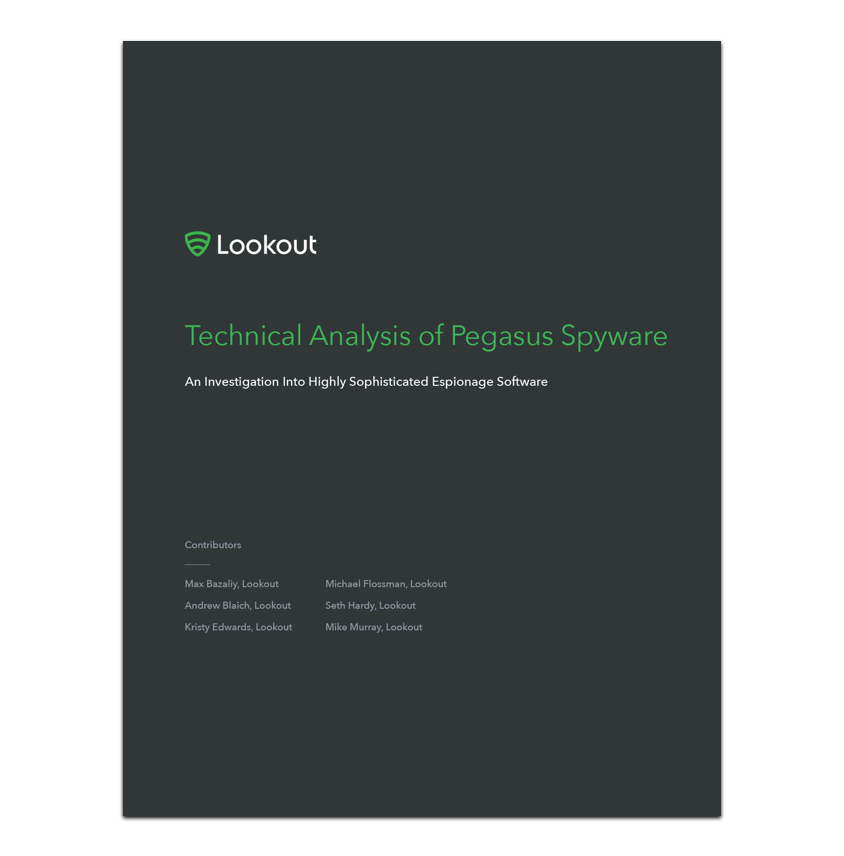 Get the report arrow_forward

iOS Spyware: How To Protect Your Enterprise

Watch this on-demand webinar to learn the technical details of Lookout and Citizen Lab's striking find: the most sophisticated, targeted, and persistent mobile attack ever found in iOS. 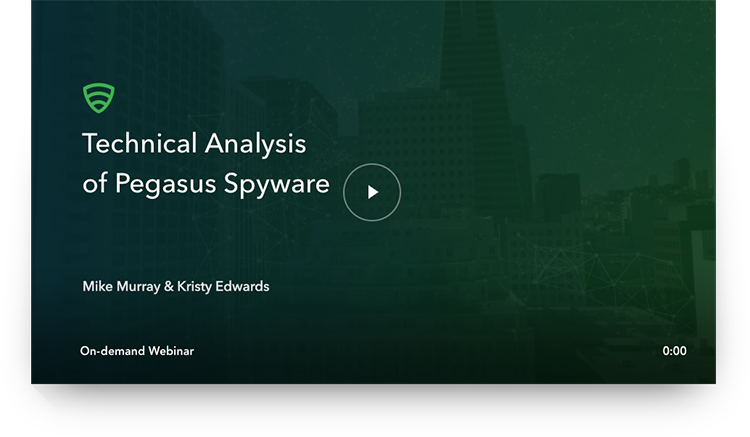 The Pegasus attack: How to determine if you’re impacted

Get visual, step-by-step instructions on how to determine if you've been affected by Pegasus.

3 things CISOs need to know about the Trident iOS vulnerabilities

Learn how this attack directly applies to enterprises and how to protect sensitive data.

Determine if your organization's iOS devices are still infected by Pegasus.