Back To All
Back To Business
Business
Lookout Work
Solutions
Industries
Resources
Secure the future of
your data, today.

Secure and protect connected users, devices, and apps wherever they are.

Workers and data are everywhere your security can be too.

Move to the cloud faster while improving security and productivity.

Collaborate securely from anywhere in the world.

Everything you need to detect and mitigate threats in real time.

Save time and effort while improving privacy and compliance.

Protect valuable data and IP no matter where it goes.

Securely move to the cloud and safeguard mobile devices.

Secure the future of your data, today.

Watch the video
Back To All
Back To Personal
Personal
Lookout Life
Benefits
Freedom to live online with confidence.

Safeguard your personal information and life online with advanced security built for a fluid digital world.

Help from our dedicated support team.

One easy-to-use app to automatically and proactively protect your devices.

Keep your privacy and personal data safe with 24/7 active monitoring.

Freedom to live online with confidence.

Product Overview
Back To All
Back To Company
Company
About Us
Careers
News & Events
New rules. For a new world.

Learn more about our leaders.

Creating positive impact in our communities.

Get in touch with our team.

Take your next career step alongside a diverse team built on a foundation of trust and innovative spirit.

Browse job openings and explore roles that are shaping the future of data security.

Discover what’s coming up next for Lookout.

New rules. For a new world.

Watch the video
Back To All
Back To Partners
Partners
Programs
Leading the future of data security.

Learn how we partner with leading companies to safeguard productivity in a privacy-first world.

Learn how we partner with leading companies to safeguard productivity in privacy-first world.

Go to Overview
Back To All
Back To Resources
Resources
For Business
For Personal
By Topic
Glossary
Explore, learn and discover.

Updates on the latest threats.

Account & Password Management
Explore All Terms
What is Zero Trust?
What is SASE?
SASE and SSE: How are they related?
What is CASB?
Explore, learn and discover.

In today's security conscious climate, countries and organizations worldwide waste little time debating whether a risky mobile application should be banned — regardless of its popularity. With security and data privacy at the center of public and private sector conversations, these issues typically come about when an app is found to have concerning data collection and handling practices.

For a couple of years now, the popular social media app TikTok has come up time and time again when discussing data privacy concerns. When the issue first came up in early 2020, Lookout ran an analysis of the app and found that it was indeed communicating with dozens of IPs in China, and even one in Russia.

While it’s impossible to tell exactly what data was being sent to these locations, from a U.S. national security perspective this was highly concerning. Because the Chinese government is known to have direct influence over organizations based in China, including TikTok’s parent company ByteDance, it’s reasonable to think that American data could be shared with the Chinese government.

It does look like the situation has improved since 2020. Lookout ran the same analysis on December 13, 2022 and found that the app no longer communicates with any foreign IP addresses. What’s noteworthy is that the volume and types of data being collected is still significant and could pose a legitimate concern for highly regulated industries like state and local government agencies.

It’s with this concern in mind that a number of U.S. state governments have banned employees from having TikTok on government-owned mobile devices, including agencies in Alabama, Utah, Texas, Maryland, Nebraska, South Carolina, and South Dakota.

While this is a start, what agencies and departments need to keep in mind is that this only covers a subset of devices. With hybrid becoming more widespread, and the introduction of bring-your-own-device (BYOD) programs, a majority of employees are likely using unmanaged personal devices.

Why is TikTok’s data collection a security threat?

The fact of the matter is that TikTok collects much of the same data as other popular apps — especially those that want to provide a curated experience. The difference here, though, is that TikTok is owned by Chinese company ByteDance, which needs to adhere to Chinese law.

One piece of legislation that is a cause for concern is the Chinese National Intelligence Law introduced in 2017. The law states that “any organization or citizen shall support, assist and cooperate with the state intelligence work in accordance with the law.” In simpler terms, any organization based in China is expected to share data with the Chinese government if it’s considered a national security issue.

With that in mind, think about the plethora of data that TikTok is collecting for the devices it’s installed on, such as device brand and model, operating system (OS) version, mobile carrier, browsing history, apps installed, file names, types, keystroke patterns or rhythms, wireless connections, and geolocation. TikTok's own privacy policy describes collecting and analyzing user personally identifiable information (PII) and data gathered from other sources. This can include age, image, personal contacts, relationship status, preferences, and other data collected through a single sign-on (SSO) feature that allows users to sign into TikTok from other platforms.

Geolocation alone can be a national security concern, as we saw when U.S. soldiers were mistakenly posting their runs at a hidden U.S. base on the popular exercise app Strava. This is why the U.S. Navy and other military organizations have already banned TikTok, and now states are following suit.

In addition, there is concern over whether the Chinese government could influence the content that Americans see. Whether it’s producing content themselves or altering the algorithm, we’ve all seen the influence that social media can have over public discourse including politics. Having a more direct connection to TikTok means that the Chinese government could have a more direct impact on users than the way Russia used Facebook to interfere in past U.S. elections.

If you’ve decided to block your users from being able to access TikTok, or any other untrustworthy app, the challenge then becomes: how do I do that? TikTok is believed to use hundreds of different content delivery networks (CDNs), which could make it difficult to control, so an approach like DNS filtering wouldn’t work here. And like I mentioned earlier, limiting access from managed devices is only half the battle, considering all the unmanaged personal devices people use.

At Lookout, we can take a dual-pronged approach, the first being app identification and access control. By using Lookout Mobile Endpoint Security and a mobile device management (MDM) solution, we can add TikTok to a deny list. This means block access to customer domains, by adding TikTok to a deny list. If the app is detected on a device, an agency could flag it for non-compliance and block access to customer domains, single sign-on (SSO), and enterprise apps and data. The user would need to remove TikTok before regaining access.

The second approach blocks TikTok by flagging a set of root domains. By doing so, Lookout Mobile Endpoint Security can restrict unmanaged BYO devices from accessing TikTok via browser as well as the app itself.

This is a walkthrough of how administrators using Lookout Mobile Endpoint Security would be able to block TikTok from both managed and unmanaged devices.

Minimizing risk from BYOD is easier said than done

As hybrid work becomes permanent, IT and security teams are losing the visibility and controls that they used to have within corporate perimeters. You’re probably already familiar with shadow IT, where users are increasingly using unsanctioned apps to interact with corporate data. Mobile devices need to be part of the conversation.

With traditional tools, you have no visibility into the activities on a tablet or smartphone. With MDM, you’re able to control some things, such as the presence of apps. But even there, you don’t have any insight into the device’s health. This issue is exacerbated on the BYOD front where you have no enforcement capabilities at all.

TikTok is just another app that each organization needs to decide whether it poses a risk to its corporate data. The lesson to be learned is that securing and enforcing policies on mobile devices requires a solution built from the ground up for modern devices.

To better understand how you can protect your organization, take a look at Lookout Mobile Endpoint Security page. Lookout has a Joint Advisory Board Provisional Authority to Operate (JAB P-ATO) with the Federal Risk and Authorization Management Program (FedRAMP), was the first mobile security solution to achieve StateRAMP Authorization, and has a Level 2 certification from the Texas Risk and Authorization Management Program (TX-RAMP). And by leveraging the world’s largest mobile dataset, our solution can detect and respond to the entire spectrum of mobile threats in real time. 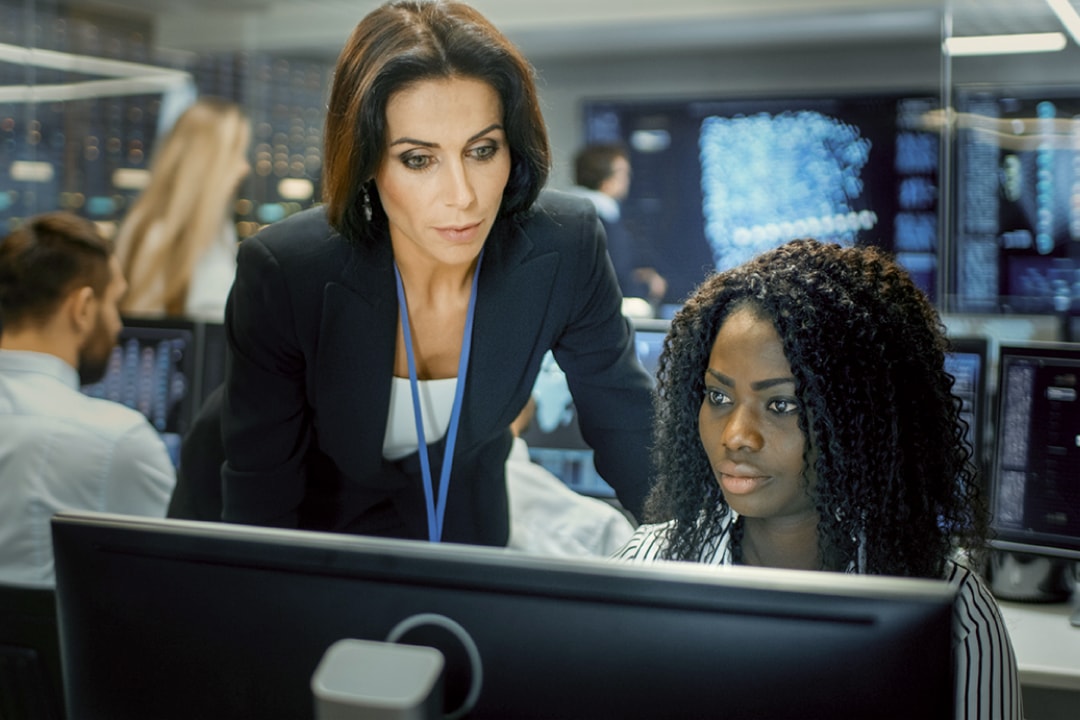 The third episode in a webinar series on Security Service Edge (SSE), discussing how to detect and mitigate cyber threats.

4 Steps to Reduce Ransomware in a Cloud First World

Today, nearly 8% of all data breaches involve ransomware, with an average cost of $4.62 million (USD).Organizations need to protect their most valuable asset: data.

Ransomware Attack Myths and How To Mitigate Risk

Subscribe for the latest Lookout news and threat research.